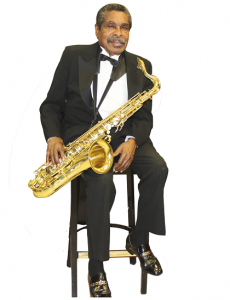 Mr. Reed is an American Jazz saxophonist based in Philadelphia, Pennsylvania. He is the beneficiary of being raised during an era, and in a community (South Philadelphia), that would yield outstanding, world class musical legends. During Mr. Reed’s years as the Musical Director at the Uptown Theater in Philadelphia, he began studio recording work with aspiring upcoming songwriters Kenneth Gamble and Leon Huff. Mr. Reed was the “Horn Contractor” for what Mr. Gamble and Mr. Huff built into The Sound of Philadelphia. Mr. Reed’s association with the Philadelphia International Records empire solidified his indelible presence as a Jazz musician’s place in R&B. Mr. Reed traveled the world as Musical Director for R&B icon and Philadelphia International Records recording star Teddy Pendergrass. Local Union # 274, American Federation of Musicians, with it’s storied historic national impact, has been an important fixture throughout Mr. Reed’s career as a professional musician. Known today, as The Philadelphia Clef Club of Jazz and Performing Arts, it’s new facility opened in 1995. Mr. Reed readily participates in the programming goals at “The Clef Club” teaching Master Class Workshops, working with the various Student Ensemble Education Programs, and occasionally performing with The Clef Club’s scheduled engagements. As of spring 2016, Mr. Reed continues to perform regularly, record and travel occasionally, and reside in his beloved South Philadelphia. 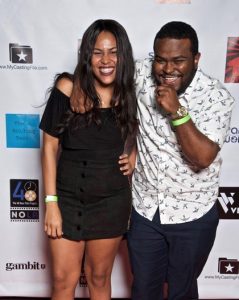 They are brother and sister from Opelousas, La. A small town two hours West of New Orleans. Taylor attended Magnet Academy for Cultural Arts where her passion for writing and acting started to grow. She is currently attending Louisiana State University, majoring in Mass Communication. Chris has a Bachelor in Electrical Engineering from Southern University A&M. During his time there, he discovered a passion for film making. With Taylor’s love for writing and Chris’s gift for directing, together they created Ohana Films LLC specializing in new and creative ways of storytelling. Since creating Ohana Films, they have written more than a dozen scripts which were picked for film festivals across the United States 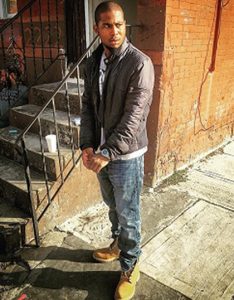 He is a Hip Hop recording artist, writer, producer, author, and C.E.O of the North Philadelphia based underground record label (The Crookland Corporation). He has been working at his craft for more than 15 years, dropping his first independent mixtape in 2003. He has also worked with various artists and producers in the Tri-State area and put out over 10 Independent Mixtapes/Albums of his own and executive produced the same amount for other artists as well. Known for his brief alliance with fellow Philadelphia rap native “Meek Mill”, and making some of the best diss tracks when it comes to rap battles, Pep-Shooter has put out numerous CDs, Singles, and videos to continue his quest to the top of the charts, and has become one of the most respected rappers in his community and in other various parts of the city of brotherly love. Pep-Shooter resides in Philadelphia, P.A. 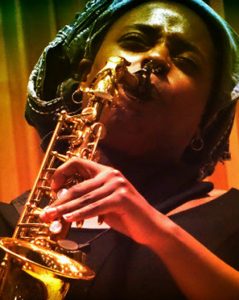 She is an alto Jazz saxophonist in New Jersey/Philadelphia area, began private lessons at The Settlement in Camden in 7th grade. She attended Philadelphia Creative Performing Arts High School and started first lessons in Jazz at Philadelphia Clef Club her freshman year while continuing classical lessons at The Settlement. Home-schooled her senior year to practice more and pursue a goal of competing in Thelonious Monk Jazz Competition. Nzinga has participated in workshops, master classes, played in venues and jam sessions with Philadelphia jazz masters like tenor, Sam Reed. Attended summer camps in Philadelphia, Berklee Five Week and Juilliard Winter Jazz Camp in Australia. At William Paterson University she earned a B.A. in Jazz Studies, under greats like Mulgrew Miller, Marcus McLaurine, Harold Mabern, Bill Goodwin, and private instructor for 4 years, Vincent Herring. Nzinga will attend Berklee Global Jazz Institute for her Masters in Jazz Performance (2016-17) under Director Danilo Perez with instructors Terri Lynn Carrington and Joe Lovano. Nzinga makes Jazz music that is relevant to her generation. Her compositions: “All The Things Emmett Till Could Have Been,” and “Reparations,” speak to her courage to be boldly creative. Nzinga also plans to write about Jazz. 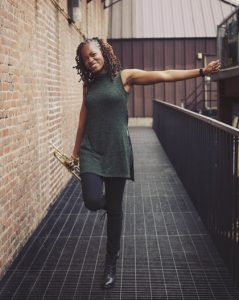 She is a musician from Camden,New Jersey. At the age of 13 Arnetta began playing trumpet under the instruction of Nasir Dickerson. She then continued her journey at the Camden Creative and Performing Arts High School. Arnetta Johnson attended Berklee College of Music in Boston, Massachusetts where she studied with many amazing musicians on the scene.She is currently being mentored by Grammy Award Winning Artist Jill Scott and the dynamic saxophonist Tia Fuller. Under their mentorship she has had the opportunity to perform on BET’s Black Girls Rock with Janelle Monae,and has been a guest on the Steve Harvey Show. Throughout her career so far, she has been touring and performing with Terri Lyne Carrington,Tia Fuller, Mimi Jones performed with Beyonce Knowles Carter at Super Bowl 50 along with many more Aaron Spears, Geri Allen and many more.She is currently the band leader of her group entitled Arnetta Johnson and’S.U.N.NY'(Sounds Uplifting Nobility through Notes and Youth)